Grace Mi-He Lee is an independent choreographer and performer. After graduating from Wesleyan University, she moved to Austin, Texas to participate in two consecutive large-group workshops with Deborah Hay. Between 1993 and 1994, after receiving the New Forms Regional Initiatives Grant, she worked and produced her own work. In 1997, she was invited by Hay to perform in her work Voilà at The Kitchen. 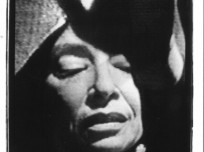