Ctibor Turba is a pantomime, actor, and director who pioneered the Czech contribution to the movement of the “New Circus,” which blends circus, dance, music, art, and theater. He studied at HAMU in Prague, and taught at the Theater Faculty of JAMU, where he founded the Studio of Clown Scene and Film Production. In 1997, he opened the theater, Alfred in the Courtyard, in Prague. There, the piece, Hanging Man, originated and would later premiere in the United States at The Kitchen in 1999. Turba’s style is innovative for combining attributes of circus clowns with Dadaist approaches. 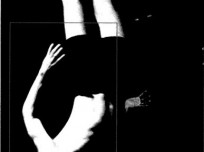