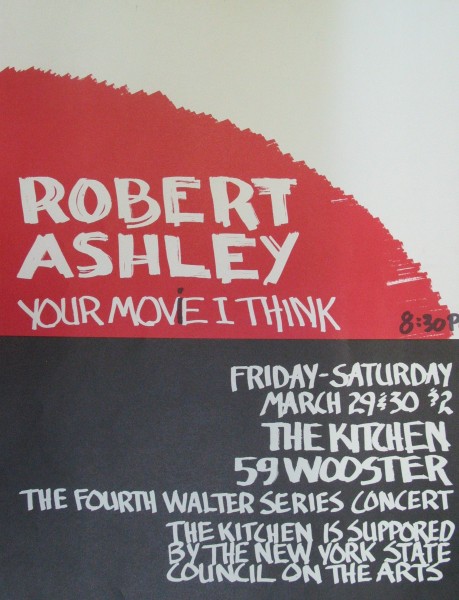 On March 29 and 30, 1974, The Kitchen presented Robert Ashley’s new work Your Move I Think. Audience members who arrived early were greeted by a stage already set, with the actors—Ashley, as well as his friends Anne Wehrer and Kathy Beeler—deep in conversation and sipping on mixed drinks. Their conversations ran the gamut from comparing artistry in New York and California to grant distribution, and from current performances in the area to their mutual friends Nick and George. At no point did the “performance” ever seem to commence; it eventually became clear that the conversation itself was the work. Here, spectators were purposefully given the opportunity to eavesdrop on the everyday lives of three friends and observe the group in their natural habitat.