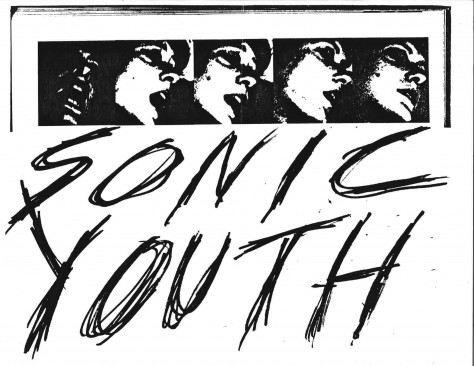 On December 27–30, 1982, Sonic Youth played at The Kitchen as part of a four-night series of performances called Bands at The Kitchen. The now-famous noise-rock group was joined by Swans and Bill’s Friends, two other experimental rock bands from the early 1980s. At the time, Sonic Youth described its music as juxtaposing dense rhythms and filmic mood pieces, creating an atmosphere of “expressive fucked-up modernism.” Correspondingly, a New York Times review of the night described Sonic Youth’s music as textured and complex, comparing it to the symphonies of Glenn Branca, whose guitar orchestras had once included Sonic Youth members. However, the review criticized Swans for what was purportedly an unbearably loud set, though an aggressive sound and extreme reactions were part of the band’s project. Due to the noise, The Kitchen’s disgruntled neighbors eventually called the police, ending the night. Bill’s Friends only played three songs.

Other performances in Bands at the Kitchen included sets by the Beastie Boys, The Ordinaires, and more.