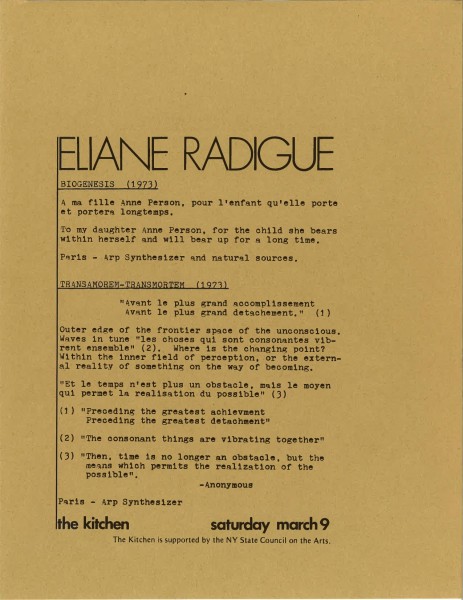 In 1974, Eliane Radigue performed two of her pieces at The Kitchen; Biogenesis and Transamorem-Transmortem, both of which were realized on Arp synthesizers. For Biogenesis, she placed a microphone and a stethoscope to her pregnant daughter’s stomach and recorded the rhythms of her grandchild with her daughter’s heartbeats. This performance was part of a larger weekend concert entitled Four Nights of Three Years' Work, where Radigue performed various pieces from her repertoire at venues throughout the city.