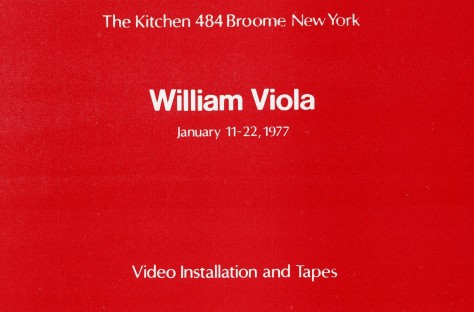 Postcard: He Weeps for You

One of Bill Viola’s first video installations, He Weeps For You placed the viewer in a gallery with an inconspicuous copper pipe hanging from the ceiling while a video was projected on a wall. The video showed a water droplet protruding from the pipe in the room, growing in size as it got closer and closer to falling. As the drop grew in size, its magnified surface allowed the viewer to more clearly see the room and those reflected in its surface. When the droplet reached its maximum surface tension, it descended onto an amplified drum, sending the sound of its fall reverberating throughout the gallery. Then a new drop began to form and the cycle started again. A rumination on the cycles of life and death as much as it was an experimentation with live video and sound, He Weeps For You is an essential work in Bill Viola’s prolific and illustrious oeuvre.