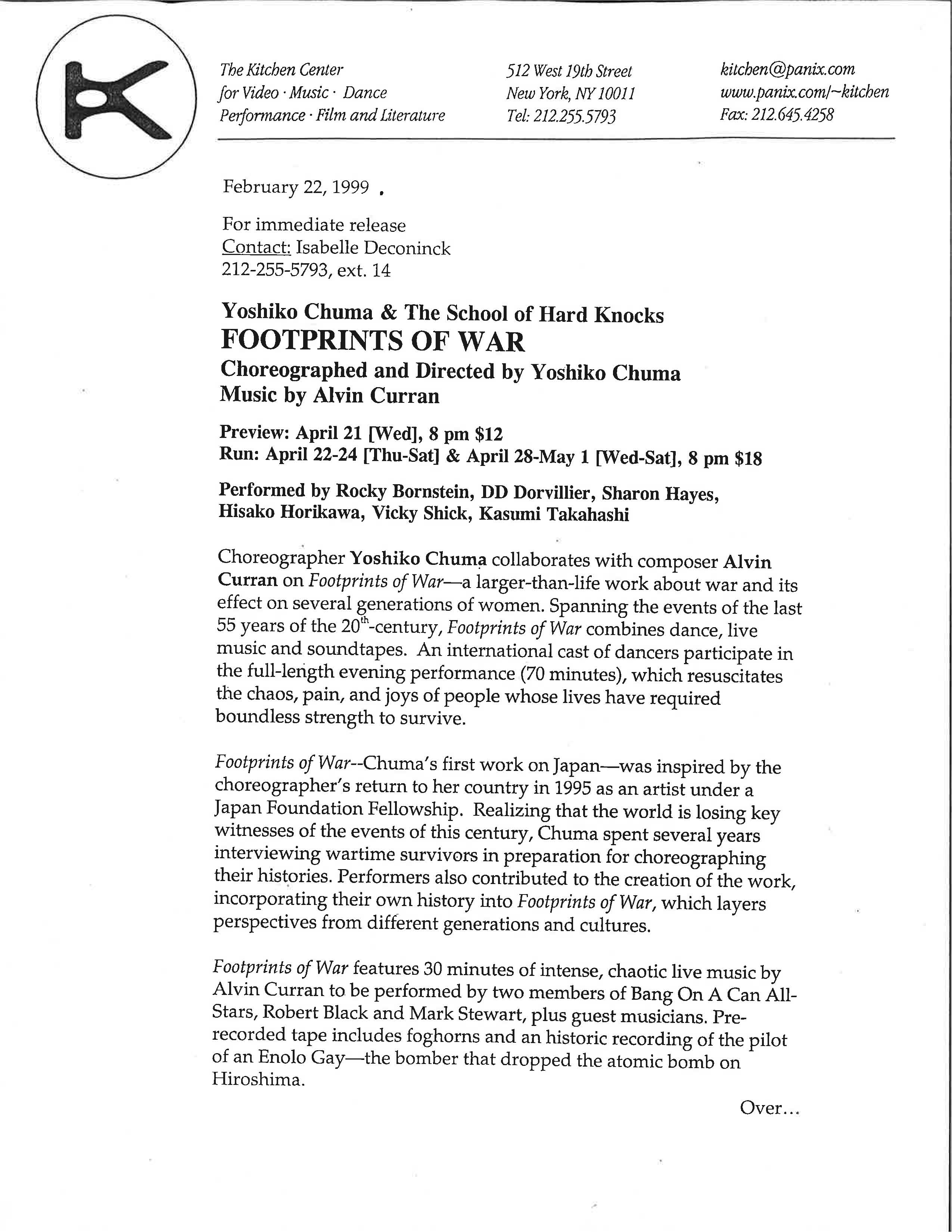 In late April and early May of 1999, Yoshiko Chuma and her company The School of Hard Knocks performed Footprints of War at The Kitchen. Chuma was the choreographer and director, while Alvin Curran provided music. The performance reflects on the effects of war on women, informed by Chuma’s interviews with wartime survivors as well as the experiences of performers. The dance was accompanied by 30 minutes of Curran’s “intense, chaotic live music,” as well as sound tapes including a recording of an Enola Gay, the warcraft that dropped the atomic bomb on Hiroshima. While the Times critiqued the pieces as being “ominously lazy,” the Village Voice Review understood the performance as a look into the “everyday dilemmas of war.”