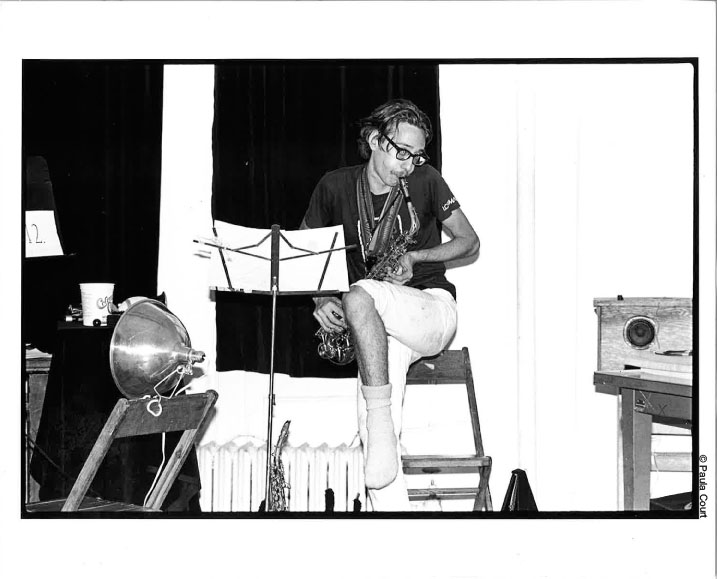 The opera Jai Alai was an example of one of the experimental composer, producer and multi-instrumentalist John Zorn’s "game pieces," which constituted many of the major compositions in Zorn’s earlier career. In keeping with the structure of his other ‘game pieces,’, “Jai Alai” involved improvisation and a prompter who provided the musicians with cues as they worked their way through twelve sets of relationship systems designed by Zorn. Created for a variety of instruments, this performance at the Kitchen included Zorn himself on clarinet and saxophone, Polly Bradfield on violin, voice by vocalist and composer Shelley Hirsch and experimental sound artist Bob Ostertag on electronics, among others. The performance was well received by critics at the time and was praised for the sense of unity that emerged from the musicians despite their playing being kept in a perpetual state of flux.