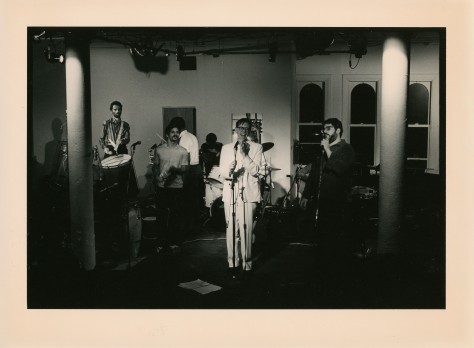 The Ambitious Lovers combined Brazillian percussion with extreme vocals. At The Kitchen, in addition to performing their original work, they played Brazillian pop and 1930s sambas.