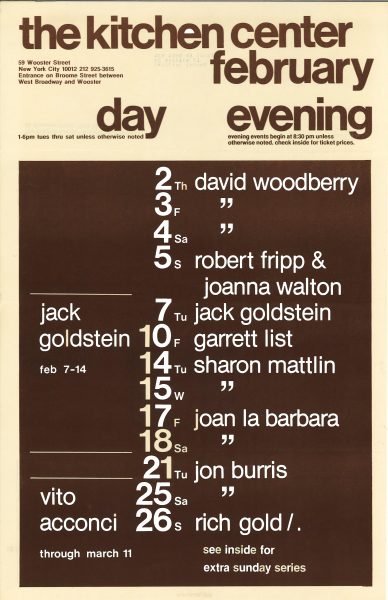 On February 5, 1978, Robert Fripp and Joanna Walton presented an afternoon of music and performance at The Kitchen. The concert consisted of a solo electric guitar improvisation with simulcast tape recorders by Fripp, followed by a performance by Joanna Walton. According to the New York Times, this was Fripp's first public performance in New York City.