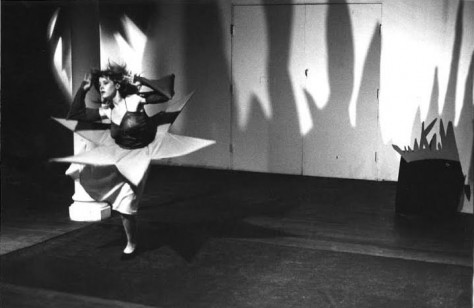 Pulling inspiration from the visual tropes of a videogame, the choreography of Jim Self’s Perpetrator placed its four dancers in various scenes from China or Japan, to Appalachia in the American South, and even under the sea on an altogether different geographic plane. Perpetrator was lauded for its powerful choreography, hearkening back to Self’s rigorous yet experimental training with the Merce Cunningham Dance Company. Frankie Mann, who composed the music for this performance, described his inspiration as, “A portrait of the South in July.” Also included in the program were excerpted scenes from Self and Frank Moore’s collaborations on Beehive and Heaven and Earth.