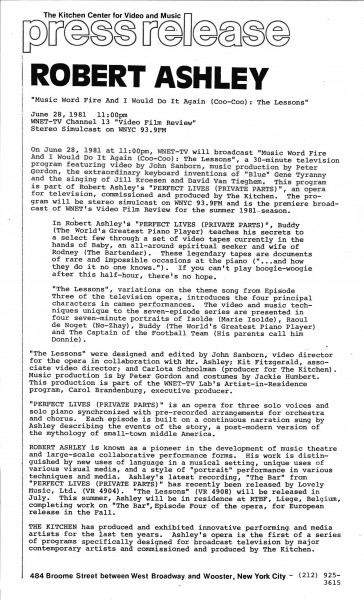 This program was part of Robert Ashley's Perfect Lives (Private Parts), an opera for television that was commissioned and produced by The Kitchen.  This thirty-minute television program was broadcasted at 11pm by WNET-TV and featured video by John Sanborn, music production by Peter Gordon, keyboard inventions of “Blue” Gene Tyranny, and the singing of Jill Kroesen and David Van Tieghem.