Rebekah Windmiller is an American dancer and choreographer based in New York. Windmiller began working in music therapy and later transitioned to making dance works in 1982; she has been exploring the possibilities of movement-based performance ever since. A number of Windmiller’s earlier works incorporated poetry and text, while her more recent work has begun to involve elements of voice and theater. Windmiller has performed at The Kitchen a number of times, notably for the premiere of her evening of dances entitled “Whistleblower” in 1992 and the presentation of a 30 minute piece, “Room Under the Roof”, in 1998 as part of The Kitchen’s 25th anniversary series. 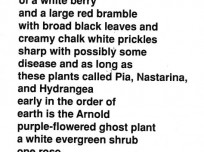