A native of New York City, Mike Tyler is a post-beat American poet known for his succinct writing style. One of Tyler’s performances took place during a 1992 poetry event organized by the Nuyorican Poet’s Café. Impatiently forgoing the line of people who would read their poems before his, Tyler used the flatbed of a truck outside of the Cafe on 3rd Street as his stage, performing and ending his poem with a dive onto the sidewalk. Tyler Landed and broke his left arm, later he was called by The Village Voice “the world’s most dangerous poet.” From 1994 to 2002, Tyler was a poet-in-residence at the Carlton Arms Hotel that published his book From Colorado to Georgia in 1997. As he began performing at various music clubs in New York City, Tyler became a literary influence on musicians and artists such as Beck and Banksy, whose graffiti was featured as the cover of Tyler’s book, The Park(ing Lot). In addition to his famous poem “The Most Beautiful Word in the American Language (Resist)”, Tyler is also known for “The No. America Series”--a unifying body of work that explores and covers various genres of writing, including drama (The Unauthorized Biography of Adam and Eve), fiction (Hotel Stories), poetry (The Warm Animals), and sayings (Dog Is Cat). In 1996, Tyler performed in the second TEXTY THE CLOWN presentation at The Kitchen. For more information, please visit: https://www.sonicbids.com/band/miketyler/ 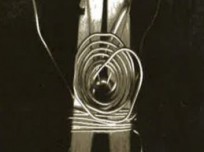