Born in New York in 1958, Edwin Torres is a poet known for his performances that combine vocal and physical improvisation and theater. Torres is the author of twelve books including Ameriscopia (2014), One Night: Poems For The Sleepy (2012), Yes Thing No Thing (2011), Lung Poetry (1994) featuring photographs by Luigi Cazzaniga, and the self-published I Hear Things People Haven’t Really Said (1992) among others. Torres joined the Nuyorican Poets Café in 1990 and developed a performative practice of poetry reading that combines movement, audience participation, music, and songs. As a member of the world’s first spoken-word touring company Real Live Poetry (formerly Nuyorican Poets Café Live), Torres conducted workshops and performed across the United States and abroad. Torres’ visual poetries have been exhibited at Exit Art, EFA Gallery in New York City, and he had a graphic retrospective “Poesís: The Visual language of Edwin Torres” at the Center for book and Paper Arts in Chicago. In addition to the Nuyorican Poets Café, Torres has performed at the Guggenheim Museum, Lincoln Center for the Performing Arts, and the Museum of Modern Art among other venues. In 1997, Torres and Emily curated a poetry-performance series, Texty the Clown: The Inner Workings of Language in the Poet-Modern Ear, which was co-organized and presented at The Kitchen. In 2001, Torres returned to The Kitchen with an image-based performance, Gecko Suite, and an improvisational piece, Ball. 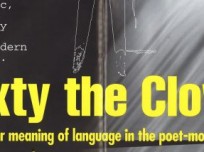