ANOHNI is an English-born singer, composer, and visual artist. Born in Chichester, England, Anohni came to New York in the early 1990s. From 1992 to 1995, ANOHNI performed with Johanna Constantine and Scott Jackson (alias, Psychotic Eve) in a group called Blacklips Performance Cult. ANOHNI’s next group, which was called The Johnsons, featured Constantine and Dr. Julia Yasuda. The group produced a number of plays in addition to musical performances, which were formative in honing her musical vision. ANOHNI performed for the first time as “Antony and the Johnsons” at The Kitchen in 1997 as a part of William Basinski’s installation “Life on Mars.” Antony and the Johnsons went on to receive critical acclaim and to promote the visibility of transgender artists globally. Their second album, I am a Bird Now, earned ANOHNI the 2005 Mercury Prize. In 2016, she became the second openly transgender person to be nominated for an academy award; she was nominated for the Academy Award for Best Original Song for “Manta Ray,” which appeared in the film Racing Extinction. When she released her first solo album, HOPELESSNESS (2016), she was nominated for another Mercury Prize and Brit Award. ANHONI’s visual work has been exhibited at the Hammer Museum in Los Angeles, Sikkema Jenkins in New York, Nikolaj Kunsthal in Copenhagen, and in 2019 at The Kitchen. In 2016, ANOHNI presented “My Truth” at the Kunsthalle Bielefeld in Germany, the largest exhibition of her work to date, alongside work by Peter Hujar, Kazuo Ohno, and James Elaine. She was an artist-in-residence at the 2017 European Capital of Culture-Aarhus, Denmark, where she presented the FUTURE FEMINISM project, which presented lectures, performances, and workshops. Her 2019 exhibition at The Kitchen is an homage to her late friend Dr. Julia Yasuda; filling the space with sculptures, collages, photographs, and personal belongings, ANOHNI aimed to create “a sacred holding space for vanishing.” 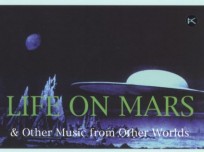