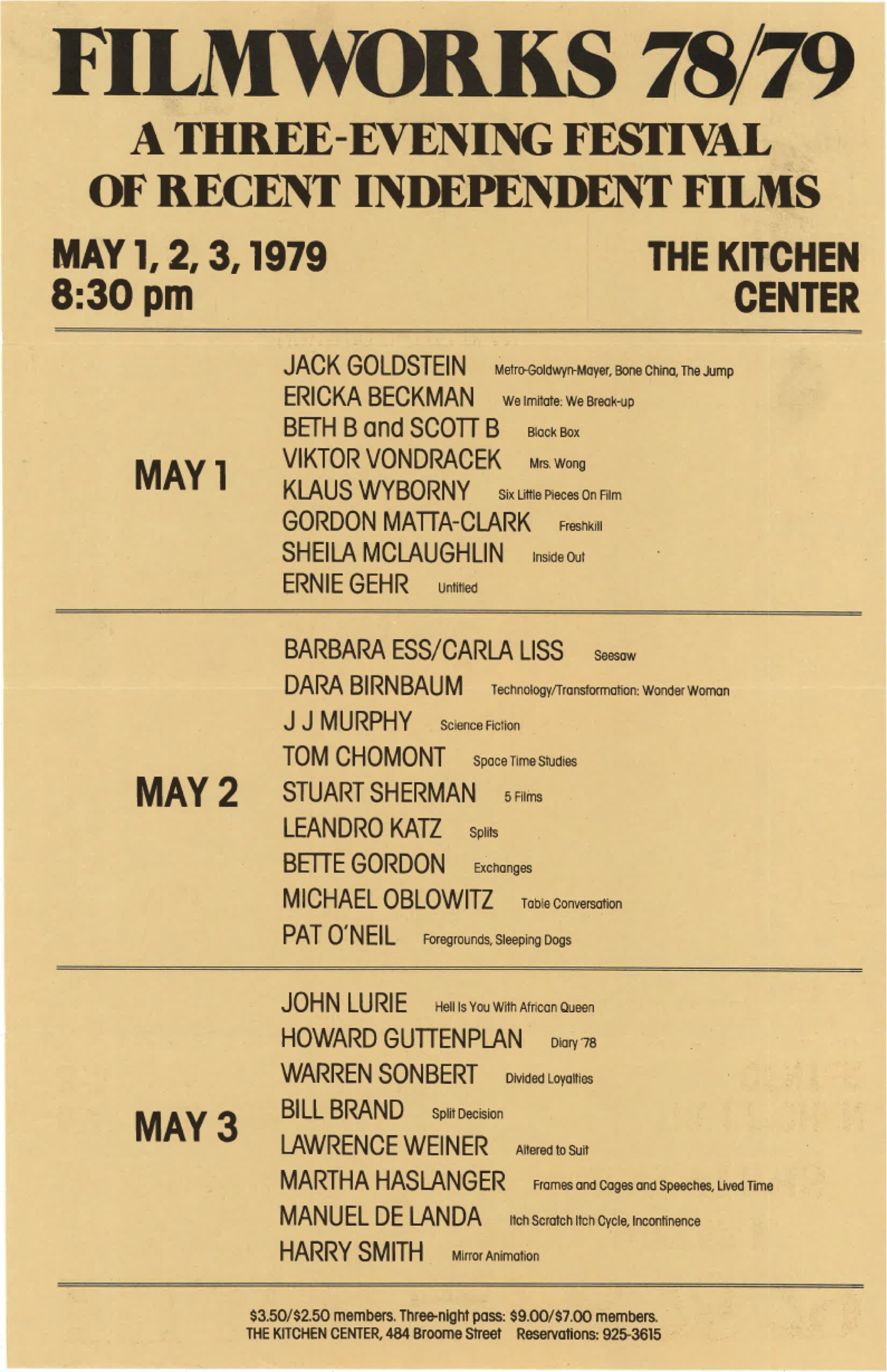 From the original press release: "A series of thirty-two films by twenty-six film artists will be presented in a three day festival, FILMWORKS 78-79. The festival will take place at The Kitchen Center May 1st through 3rd, with programs beginning at 8:30pm. FILMWORKS 78-79 will present a cross section of the styles and tendencies manifested in recent independent cinema production. Works of nine filmmakers will be presented in approximately three-hour periods, with a different program featured each evening. The three evenings, during which each film artists will screen twenty to thirty minutes of 16mm and Super 8mm films, are intended to show the intensive and varied proliferation of film works recently made."