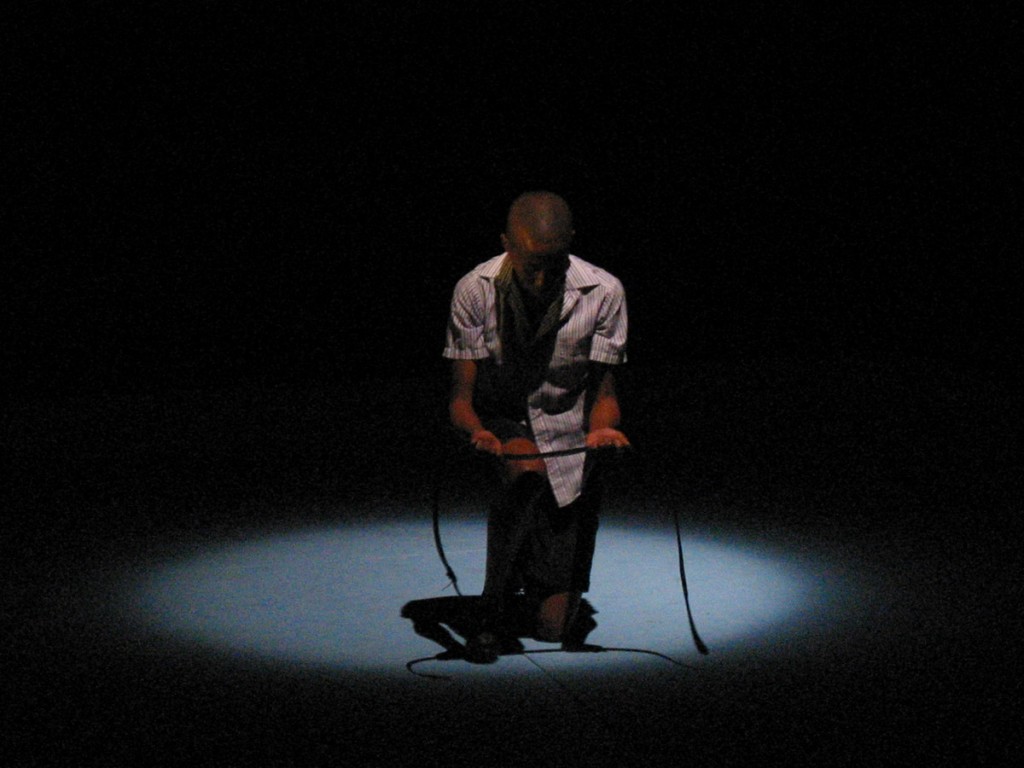 Collaborating with artist Laylah Ali, choreographer Dean Moss directed and performed his latest work, figures on a field, at The Kitchen in 2005. Inspired by Ali’s cartoon-strip like Greenhead paintings, this performance explored the consumption of art, race, and power through the staging of scenes in various contexts including sports, religion, and the military. As the cast of seven performers interacted with one and other, who appeared sometimes playing basketballs or posing for group photos, the performance also explored the dynamic between patterns of cultural consumption and formations of identity. figures on a field featured music by Marcel Duchamp, with scene development and costumes were by Dean Moss and Laylah Ali.