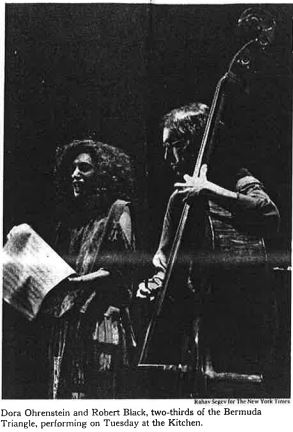 The 1993 Bang On a Can Festival was a multi-disciplinary musical gathering held at The Kitchen over six days, featuring seven concerts respectively titled Political Songbook, The Child God, ITSOFOMO (In The Shadow Of Forward Motion), John Cage Tribute, Daniel Lentz Group, Carl Stone, Guitars n' Poets, and a Marathon Concert on the final day. The concerts featured work by 68 composers, ranging from Elliott Carter to Tan Dun. The 82 musical works and theatrical performances were inspired by sociopolitical disparity in American culture. These lead up to the premieres of two dozen songs and performance pieces on political subjects, such as the victimization of people of color in"Do You Know?" by Oliver Lake, or"Sticks and Stones," by Randall Woolf, inspired by the death of Rodney King.